Remembering alumni and friends of the School of Nursing

Leona Fangmann, 102, of Redwood Falls, passed away May 31, 2020. Although not a nurse, Fangmann was a strong supporter of the School of Nursing. Her sister-in-law created a nursing scholarship in her name, the Rosina Hanslick’s Nursing Scholarship. Fangmann enthusiastically represented the family to grateful students who were awarded this scholarship. She commented often how much she felt blessed that she was able to continue to support nursing scholarships and “help the school educate new generations of nurses.”

Clinton Schroeder, a lifelong national leader and innovator in the field of charitable estate planning, passed away March 12, 2020, with his wife, Carolyn Schroeder, BSN ’55 and School of Nursing Foundation Board emeriti, by his side. He was 89. Clint graduated from the University of Minnesota Carlson School of Business Administration with a BBA degree and a JD degree from the University of Minnesota Law School. Clint and Carolyn met while at the University of Minnesota and married in 1953. He was as dedicated to civic and community service as he was to the practice of law. Together, Clint and Carolyn have been active supporters of the School of Nursing for many years, including supporting Carolyn as she chaired the $15 million campaign for the Katharine J. Densford International Center for Nursing Leadership.

Shirley Stinson, MS ’58, an outstanding and visionary nursing leader, passed away June 4, 2020, in Edmonton from complications of Parkinson’s disease at the age of 90. Stinson earned her master’s degree from the School of Nursing in 1958 and was later named as one of the 100 Distinguished Alumni and Centennial Distinguished Faculty during the School of Nursing’s Centennial celebration in 2009. Stinson was awarded this honor as she exemplified the breadth, diversity, culture and spirit of the school. Her major contributions to graduate education for nurses and to the development of a national and international nursing research infrastructure made her one of the most honored of Canadian nurses. She was the first woman and first nurse to receive the federal title of Senior Health Research Scientist. Though she officially retired in 1993, Stinson continued to share her ideas and experience. Professor Emerita at the University of Alberta and Adjunct Professor for Life at the University of Calgary, she taught, inspired and mentored several generations of nurses and hospital administrators. 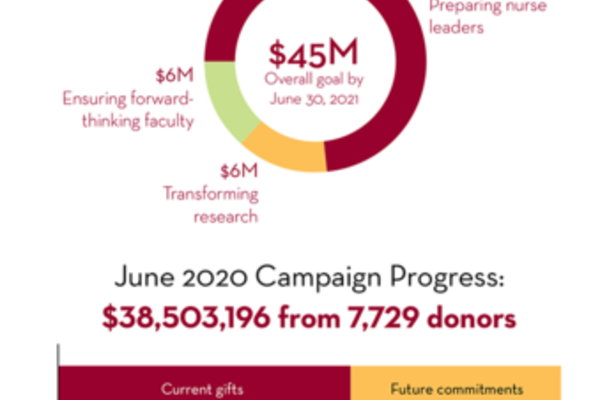 Empowering Health - The Campaign for the School of Nursing

An update from the Campaign for the School of Nursing