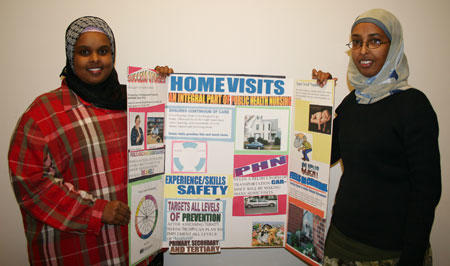 In 1989, an external consultant, Jean Goeppinger, recommended that the program move to School of Nursing. Sandra Edwardson was appointed interim dean in 1990 and welcomed the idea. In 1990 Cherie Perlmutter, Acting Vice President for Health Sciences provided funding for a public health nursing coordinator in nursing and named a joint search committee of nursing and public health faculty member to identify a director. Another joint committee recommended an appropriate curriculum (Green, 1993).

The program became part of the school in 1991. LaVohn Josten, PHD, then director of public health nursing for the Minnesota Department of Health, was recruited to head the program in nursing. She also worked to assuage the anger and grief among public health nursing alumni over closure of their beloved program in the School of Public Health. Professor Josten recruited several faculty members who had been active in the School of Public Health: Sharon Ostwald, Barbara Leonard, Betty Lia-Hoagberg and Linda Bearinger.

By the 1993-94 academic year, the public health nursing faculty had obtained two research grants plus five training grants for areas such as adolescents, children with special needs, and Native Americans (Green, 1993). 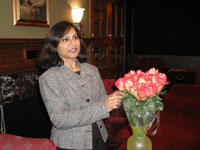 1. Public health nursing had a long and fractured history in the university even before the events in the School of Public Health. In response to the 1917 influenza epidemic, the School for Nurses in the School of Medical Sciences began a four-month course in 1918 in collaboration with the Minnesota Public Health Association. The university approved the course as a permanent offering in 1918 with Louise Powell and Dorothy Kurtzman as faculty. They continued with the course until 1922. By 1920, the course had grown to one academic year. The five-year baccalaureate program offered a public health nursing
major (Glass, 2009).