The Health Innovation and Leadership program replaced the nursing administration area of study that had been a part of the master’s curriculum for half a century. Beginning in 1951, the Master's of Nursing Administration (MNA) was offered through the College of Medical Sciences, the academic home of the School of Nursing until 1970. Start-up funds for this degree were provided by the W.K. Kellogg Foundation. In 1956 the school also secured Federal Nurse Traineeships for the program. The MNA degree was phased out by 1965 as the master’s programs moved to the Graduate School (Glass, 2009). 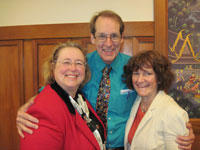 During Professor Edwardson’s involvement with the program, courses from the School of Public Health and the Carlson School of Management in human resource management, management theory, and financial management were added to the two six-credit nursing administration sequence. As other departments became less willing to offer “service” courses and as the pace of health care reform accelerated, it became clear that a new approach to the area of study was in order. 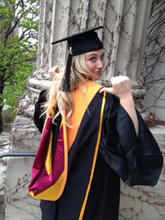 Under the leadership of Clinical Professor and Densford Center Director Joanne Disch, PhD, the Densford Center Executive Committee in 2005 helped create leadership initiatives including drafts of four DNP leadership courses. These discussions gave rise to the concept of generative leadership and competencies to thread throughout the curriculum. In June 2008, Disch presented a new program in Generative Leadership to the Curriculum Committee. The area was subsequently renamed the Health Innovation and Leadership option. Course approval proceeded throughout 2009-2011 with the following courses as part of the revised curriculum.

The first two students completed this curriculum in 2012.