In the late 1990s the American Association of Colleges of Nursing (AACN) began the process of responding to trends and pressures from interest groups to develop a path for nursing practice preparation at the doctoral level. Among these was the 2005 report of the National Academy of Sciences, Advancing the Nation's Health Needs: NIH Research Training Programs, that called for nursing to develop a non-research clinical doctorate to prepare expert practitioners who can also serve as clinical faculty. After almost three years of research and consensus-building by an American Association of Colleges of Nursing (AACN) task force charged with examining the need for the practice doctorate with a variety of stakeholder groups, a position statement was developed. Dean Edwardson was appointed by the AACN to chair the task force. 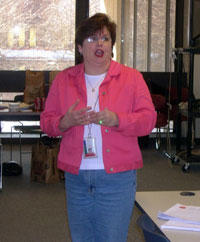 Based on the work of this task force, the member schools in October 2004, voted to endorse the Position Statement on the Practice Doctorate in Nursing. This decision called for moving the current level of preparation necessary for advanced nursing practice from the master’s degree to the doctorate-level by the year 2015.

Sandra Edwardson left the deanship in 2004 and was then appointed as the chair of the group to implement the Doctor of Nursing Practice (DNP) program at the University of Minnesota. After four years, Clinical Associate Professor Mary Chesney, PNP, took over leadership of the program in 2008.

The DNP program was introduced in two phases. Phase 1 began in January 2007 and was designed for nurses with specialty preparation at the master’s level. Its purpose was to enhance the level of advanced practice nursing (APN) skill at the organizational and systems levels. Using an executive model, courses combined web-based instruction with two-to-three intensive on-campus sessions each term that were held from Thursday through Saturday. Most courses met three times during each on-campus session. Phase 2 of the program began in Fall 2009 when a program was offered for nurses with baccalaureate degrees. It was designed to prepare students for advanced practice certification and included the DNP completion courses developed for Phase 1. It used a combination of traditional on-campus classes and web-based formats. At that time, the school stopped admitting students to the master of science (MS) program. The clinical specialization portion of the curriculum was very similar to that of the MS curriculum although revisions for the DNP curriculum were made to ensure that the studies were at a doctoral level. 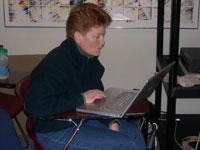 Courses were offered in a hybrid, online model. Materials and modules were available online and students were required to attend a minimum of three executive sessions on campus per semester. Total on-campus time varied by specialty. Students completed a minimum of 1,000 hours of supervised clinical practice. Full-time students complete the program in three years. A four year, part-time option was available (except for CRNA).

Students could choose from 14 practice specialties