Ryannon Frederick, MS ’04, is self-aware enough to realize that one of her first pieces of advice for aspiring nursing leaders may sound a bit ironic coming from someone who had already reached the c-suite at such a young age.

Slow down and take your time

But Frederick, chief nursing officer for Mayo Clinic since 2019, having previously held two other CNO positions in the Mayo system, is adamant that the best way to set oneself up for future advancement is to focus intently on the job at hand and do it exceedingly well.

“Instead of thinking about, ‘How quickly can I get there?’, think about, ‘What do I need to accomplish in this role to really grow and develop, to be ready for the next step?’” she says. “That’s how I’ve been successful.”

Frederick has built her career at Mayo, first joining as a summer intern in 1999, then landing a full-time nursing position after graduating from the University of Iowa a year later. She’s never left, advancing through the organization during the past 21 years.

Her master’s program in nursing and health care systems administration at the School of Nursing helped prepare her for the first of those promotions, to nurse manager.

“It really helped me think about how to influence as a leader in nursing, for patient care and for nurses, at a different level,” says Frederick, who was drawn to nursing in the first place, in part, because of the variety of career directions within the field.

But she says since earning that first promotion, she hasn’t set out to climb the organizational ladder. Rather, her success in each role—first as nurse manager (2006-10), then nurse administrator (2010-13), CNO of Mayo Health System’s Southwest Minnesota Region (2013-16), and CNO of Mayo’s Jacksonville, Florida campus (2016-20)—has prompted encouragement from mentors to pursue positions.

Those supportive nudges have led Frederick to the top nursing position at Mayo Clinic, where she oversees nursing practice across Mayo’s three campuses (in Minnesota, Arizona and Florida) and the Mayo Clinic Health System.

“I am the nursing leader at the highest levels of our organization who helps shape strategy and who helps other leaders know how nursing can impact Mayo Clinic’s goals and our objectives to improve patient care,” she says.

Frederick credits her predecessor, Pamela Johnson (MS ‘86) for helping prepare her for the role. As a young nurse, Frederick remembers marveling at how Johnson and Doreen Frusti, the first CNO in Mayo history, projected leadership.

Now it’s her turn to lead. Frederick says one of her goals is to help guide the future of nursing as the health care field evolves and adapts to new ways of delivering care. She sees collaborations between Mayo and other health care organizations, like the University of Minnesota, as key, both in supporting research to inform nursing practice and providing clinical experiences to equip future nurses with the necessary knowledge and skills.

Her vision for the full potential of nurses extends well beyond the walls of the clinic or hospital. As the country’s most trusted profession for 19 consecutive years—according to Gallup’s annual Honesty and Ethics poll—nurses are uniquely positioned to bridge divides in a deeply polarized country, Frederick says.

“Nurses understand people, they understand communication, they understand relationships, they have that art of connection,” she says. “They’re also trusted and so if you can combine all of those things, I think nurses should be influencing public health care policy.

“I think we have a voice that we need to be out there to help move our country forward, and it might be by sitting on boards. It might be running for political office. There are a million different ways that nurses can influence, and I think that understanding the collective power of what we bring because of who we are as a discipline and our values and what we prioritize, I think there’s tremendous power in that.” 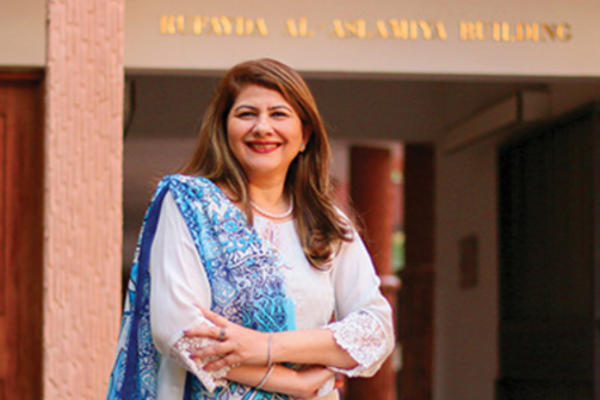 (April 2021) Rozina Karmaliani, PhD ’00, MSN ’97, dean and professor at the Aga Khan University School of Nursing and Midwifery in Pakistan, was named in the global 100 Outstanding Women Nurse and Midwife Leaders list.

(April 2021) Remembering friends of the School of Nursing. 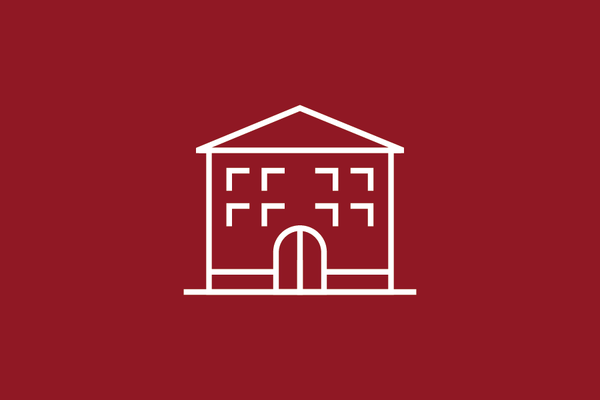 (April 2021) Professor Cheryl Robertson, PhD, MPH, RN, FAAN, was named the recipient of the Faye Abdellah Leadership Award by the Friends of the National Institute of Nursing Research (FNINR).