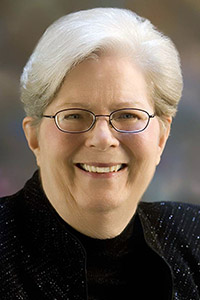 Recognized for sharing her personal insights on spinal cord injury through teaching and speaking in the health care community. Her extensive volunteer work with the Courage Center and Sister Kenny has helped women struggling with disabilities adjust to life. 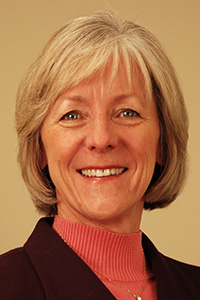 Recognized for pioneering and promoting the role of the Pediatric Nurse Practitioner in Minnesota and for her work related to children with special needs and pediatric behavioral issues such as Attention Deficit Disorder. 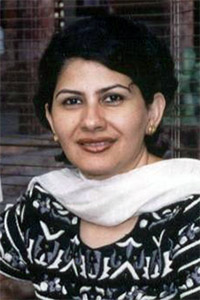 Recognized for her leadership in elevating the practice of nursing in Pakistan and for participating in institutional development such as coordinator for the Research Forum at Aga Khan University-School of Nursing. 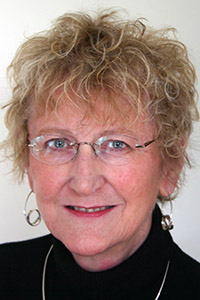 Recognized for her leadership and involvement in policy development in health care education at the local and state levels and for her philanthropic work with the School of Nursing Foundation. Her commitment also extends to care for the elderly which is evident in her role with the Lyngblomsten Care Center and Housing. 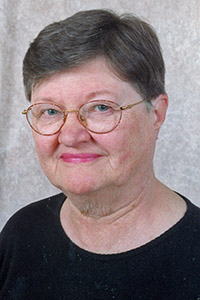 Recognized for her work with public policy issues such as prevention of lead positioning, promoting the concept of hospice care, legalizing birth control in the state of Connecticut and expanding the nurse practice act to include the role of nurse practitioners. 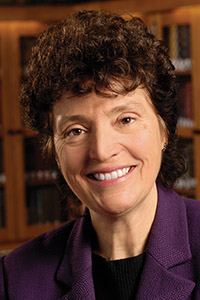 Recognized for pioneering the role of anthropology in the interdisciplinary field of bioethics, publishing the first book examining the impact of new genetic technologies on concepts of race, for conducting landmark research on the impact of the HIV epidemic on professional responsibility and for developing bioethics programs at Stanford University and the Mayo Clinic. 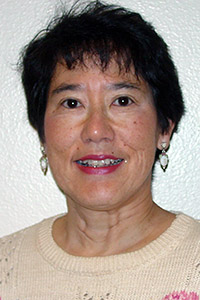 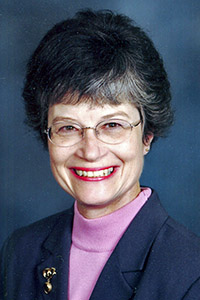 Recognized for spearheading the revision of the nursing documentation system for Eitel Hospital. The outcome was a new format for narrative patient care notes that is now nationally known as Focus Charting®, which helps the writer organize thinking using the steps of nursing process. 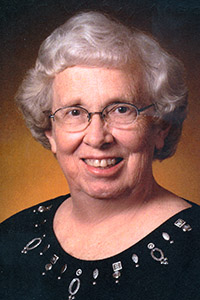 Recognized for her role in keeping the Wasolo Hospital and Mission Station open in the Congo and now her advocacy work for people of western Congo including a “bush” hospital. She helped start ten dispensaries that prevented the spread of many diseases such as small pox, leprosy, ebola fever and salmonella. 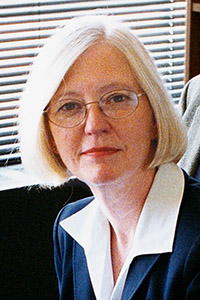 Recognized for her work in the development of interventions that support family caregivers of persons with dementia. She also disseminated the Savvy Caregiver training program, nationally and internationally, a program that helps caregivers understand how dementia affects their family members and offers strategies for dealing with the behaviors associated with dementia on a day-to-day basis. 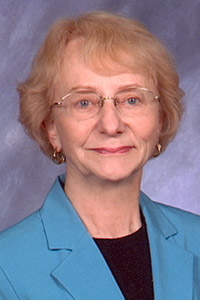 Recognized for her long commitment to improving health care for women, mothers, children, families, and communities. Public health nursing has also been influenced by her work on identification guidelines and interventions for practice. The work resulted in evidence-based guidelines and improved client outcomes. 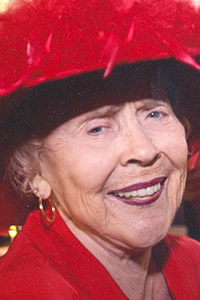 Recognized as a devoted and enthusiastic advocate of the University of Minnesota. Her service has encompassed transformational philanthropy, the cultivation of enduring relationships with alumni and friends, and a willingness to contribute her time, energy, and financial support to promote health care research and education at the School of Nursing and the University of Minnesota Medical School. 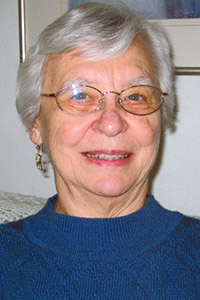 Recognized for her substantive contributions to clinical nursing research and to nursing education. Among her many accomplishment, she introduced new paradigms such as pre-operative teaching and was a moving force in translating nursing research into the practice setting. 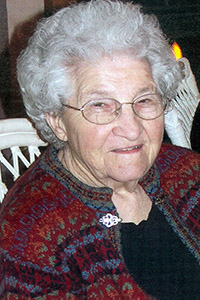 Recognized for advocating contracts for nurses that guaranteed fair working conditions, due process with regard to pensions, and job security. She promoted the profession through Economic and General Welfare expertise and action. 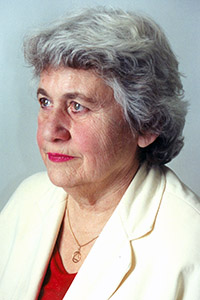 Recognized for implementing, replicating and sustaining Primary Nursing internationally as a care delivery system that expanded the role of staff nurses and provides high quality patient care. She continues this work to develop and manage healthy workplace cultures and to increase the awareness of the professional role of nurses worldwide. 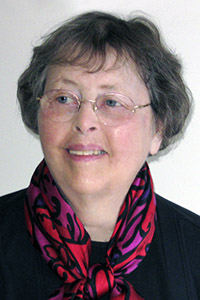 Recognized for her creative leadership in both professional and community organizations. She promoted advancements in cardiac nursing during a time when open heart surgery was first being developed, and fostered the earliest application of computers in nursing which assisted the acceptance of nursing informatics as a nursing specialty. 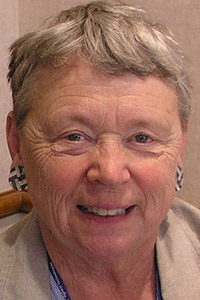 Recognized for founding the Home Care for the Child with Cancer Project, which had been seen as a stimulus and guide for palliative care and hospice care for children today. Furthermore, she founded The Study of Childhood Cancer in Taiwan, resulting in the establishment of the Childhood Cancer Foundation in Taiwan. As an advisor in nursing strategies for China Services Ventures, she helps provide health, education, nutrition and development services to poverty stricken areas. 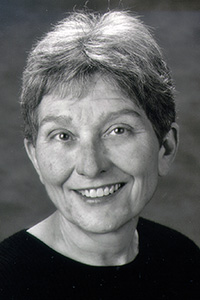 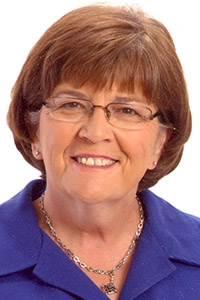 Recognized for her dedicated and passionate work with populations at risk, she co-founded a clinic for the homeless at the Salvation Army Harbor Light, which was the first such clinic in Minnesota, and one of the first health care clinics specifically for the homeless in the U.S. 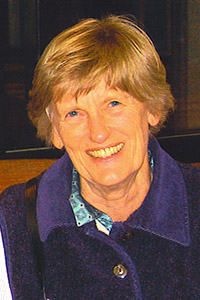 Recognized for her work in Thanatology (study of death, dying, and bereavement) and setting standards for quality of care among the dying population. At the national level, she helped secure funds for nursing researchers in the Army, Navy, and Air Force, and served as a member of the Rhode Island Attorney General’s Task Force to Improve End-of-Life Care. 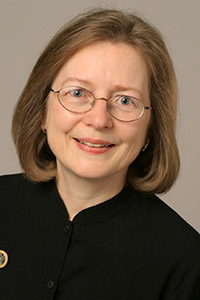 Recognized as the first nurse to be the Minneapolis Commissioner of Health, she works to improve the health of populations. She also focuses on eliminating health disparities among cultural and ethnic groups, and she created the systematic collection of E-code data by Minnesota hospitals, which is now a public health resource used regularly to track and evaluate injuries in the community. 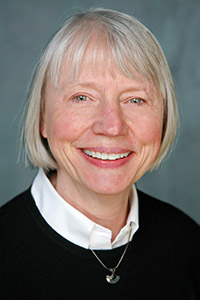 Recognized for her promotion and advocacy for family-centered maternity care and the midwifery model of care, her lobbying efforts promoted reimbursement and prescription writing authority. She served on the Minnesota Health Department’s Perinatal HIV Task Force and co-directed the Nurse Midwife Service at Hennepin County Medical Center with Nancy Schamber. 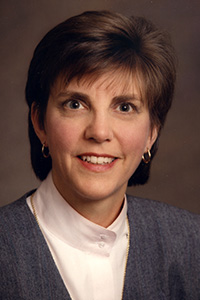 Recognized for promoting diversity at UCSF early in the history of that national movement. Because of her contribution, the nursing school has achieved a remarkable level of enrollment of students from under-represented groups in their doctoral and master’s programs. 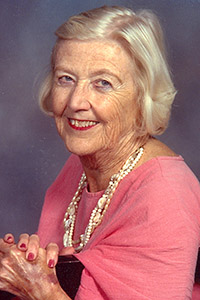 Recognized for her multifaceted nursing career including leadership of the Ramsey County Public Health Nursing Service which established care for the immigrant Hmong population and developed close working relationships with public and private organizations to provide comprehensive, safe care for clients in the community. 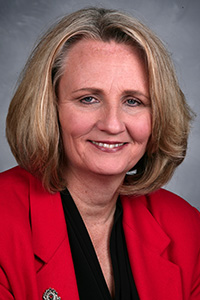 Recognized for the development of the first online graduate course within the School of Public Health and as the founding and current chair of the Public Health Practice major. She has also collaborated and consulted on public health preparedness across the Midwest region.