Early in her career as an engineer with the health care products and services company Cardinal Health, Kelly Landsman got an up-close and humbling reminder of the challenge of creating an effective medical device.

As part of a team that had designed, prototyped, tested and retested a breathing device for newborns, Landsman stood next to an isolette in a neonatal intensive care unit and watched as a nurse attached the device. What she saw surprised her—the straps she and the rest of her group had meticulously designed suddenly looked cumbersome as the nurse tried to secure the device amid the cluster of cords and tubes in the newborn’s temporary incubated home.

“We had replicated it in the lab so many times, but we didn’t anticipate all the other things that were going on in that isolette,” recalls Landsman. “There was no way we could have anticipated the full breadth of the requirements for that product. We had put in so many things that we thought would make it easier, and the reality of it was we just didn’t understand what it was going to be like for that person using it.”

Now, some 15 years later, Landsman wants to help bridge the gap between engineers and health care professionals to overhaul—and improve—the design process for medical devices. Specifically, she wants to elevate and empower nurses, given their extensive firsthand experience using those products.

After spending the first decade and a half of her career in a variety of engineering roles, Landsman graduated with her Master of Nursing degree from the School of Nursing in December 2020. She’s now an RN in an inpatient cardiology unit and plans to continue connecting with other nurse innovators while shaping her vision for a new kind of role: the nurse-engineer.

“I would really like to transform the way that all medical devices related to patient care are made,” says Landsman, who’s created a website, www.nurseengineer.com, with information and resources about the hybrid role. “I would like nurses to own their function from end to end. So not only would requirements come from nurses, but then they would also be responsible for changing those devices if they’re not getting the outcomes they’re looking for.”

The concept of the “nurse-engineer” isn’t Landsman’s alone. There are journal articles from the 1980s and ’90s proposing such a position, while in 2014 Duquesne University in Pittsburgh created a joint undergraduate biomedical engineering and nursing program, the first of its kind in the United States. But, as Landsman notes, jobs that specifically marry the two disciplines remain sparse.

Still, “every time I’ve walked into the clinical setting and experienced the work that the nurse does with all five senses, rather than reading it on paper or trying to design from a set of requirements, it’s been humbling but has really brought home that I’m where I need to be,” says Landsman, the daughter of a pediatric intensive care unit nurse and an electrical engineer.

It is really important to me to bring nurses’ voices to the forefront, because that’s where they should be.

Landsman, who grew up outside Hastings, Minnesota, jumped into another nascent field, biomedical engineering, in the early 2000s as an undergraduate at the University of Wisconsin-Madison. After graduating in 2004, she joined an engineering rotational program at Cardinal Health, then worked for several smaller companies in the medical device space before founding her own engineering and consulting firm in 2011.

But, time and again, she saw exhaustively designed medical products function merely passably when brought into a clinical setting.

“Pretty much everybody ended up unhappy,” says Landsman, who also saw the limitations of some of those devices firsthand as a patient in the intensive care unit with complications after the birth of her son. “And you couldn’t go back, because it already had regulatory clearance and there was just so much invested into bringing these devices to market. What became really readily apparent to me was that we weren’t asking the right people what these things should be like.”

From her perspective as someone who’s spent time in both fields, each side stands to gain. Medical device makers could spend less time defining clinical requirements and focus more on technology development, quality and logistics. Health care providers could potentially open up new revenue sources while tangibly empowering nurses, possibly reducing burnout in the process.

“It is really important to me to bring nurses’ voices to the forefront, because that’s where they should be,” says Landsman. “A lot of people ask me why I changed to nursing. And I tell them, ‘I didn’t change to nursing. I’m adding nursing.’ These two things are a blend.” 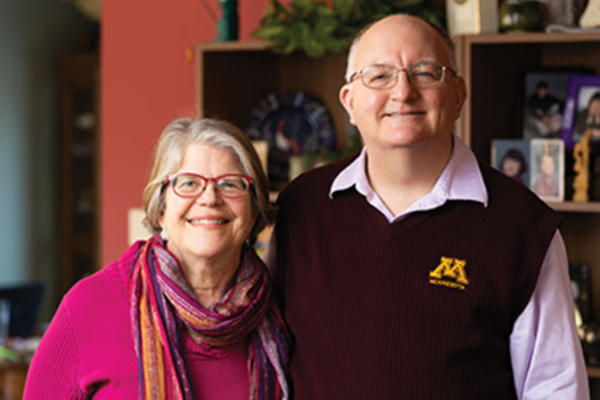 (April 2021) As Melissa Avery prepares to retire, she continues to make an impact on students — even on those not yet enrolled — with the creation of the Midwifery Impact Scholarship. 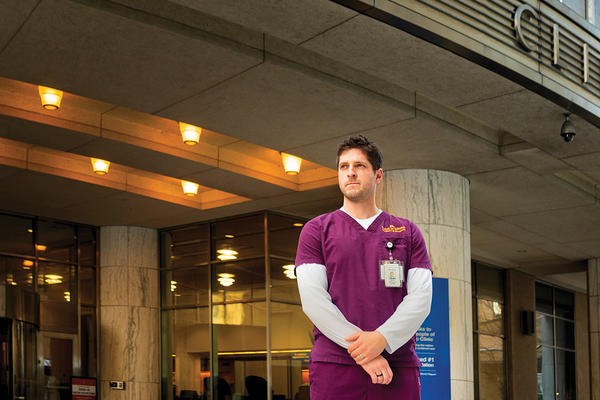 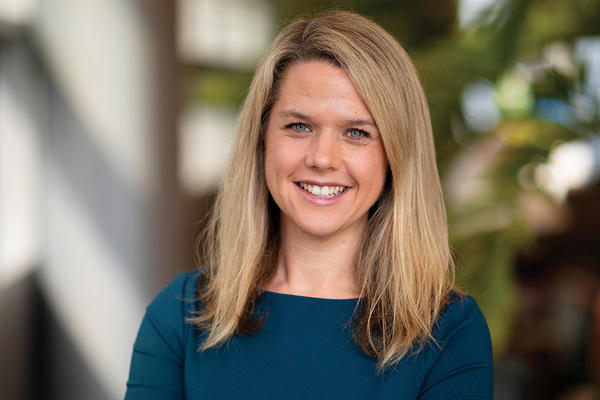