After graduating from the School of Nursing’s Bachelor of Science in Nursing program, Grace Brooks was both excited and nervous about her first nursing positon at Children’s Hospital on the critical care float team.

So when she had the opportunity to be paired with an alum who also worked at Children’s through a mentorship program led by the School of Nursing Alumni Board, she was quick to sign up.

“I’ve always been someone who wants to learn more and get involved, and I liked the idea of being able to talk to someone who has gone through very similar experiences and could offer me guidance,” said Brooks. “Knowing that I could turn to someone who brings that different level of understanding was reassuring.”

Brooks was paired with Yumi Izumi, who graduated from the Master of Nursing program in 2016 and helped launch the program in 2017. “During the first year as a nurse, there are a lot of things that you learn on the fly. I wanted to pass that along because those tidbits really did make quite a bit of difference,” said Izumi. “Nurses can be really hard on themselves, so it’s important that they have someone saying ‘you’re ok, you’re doing a good job, just keep at it.’”

Brooks said Izumi’s guidance and supportive ear was particularly meaningful after she experienced her first death of a patient. “It was very unexpected and very quick, and after it all happened it was nice to have Yumi to talk through it. I questioned if I should go back to work the next day or if I should take a day off. Having someone to talk through some of that self-care side of it was nice. Especially as a new nurse, I didn’t even know what would be appropriate.”

In the days after, she received texts and cards from other nurses who wanted her to know they were thinking about her. “I felt incredibly, incredibly supported,” said Brooks, who said that experience ultimately made her feel more invested in the profession.

When the Alumni Board launched the mentorship program, it was specifically designed to help new nurses stay connected to the profession.

“There were a number of research papers that we discussed in school and one of things that really caught my eye was the attrition rate for new grads,” said Izumi.

An estimated 30-50% of all new RNs choose to change positions or leave nursing entirely within the first three years of clinical practice. “I thought the idea that half of us won’t stick with this profession was so tragic,” said Izumi.

We want new nurses to keep loving the profession and to see the Alumni Board as a resource for them.

The mentorship program now pairs 50 new nurses with mentors each year, with a few structured events to help the pairs get to know each other. The Alumni Board also engaged the University of Minnesota Alumni Association resources for programming ideas.

“We want new nurses to keep loving the profession and to see the Alumni Board as a resource for them,” said Director of Alumni Relations Barb Mullikin.

Career services offered include career coaching appointments with resume reviews and mock interviews, workshops and a career fair. Resume and cover letter reviews are the most requested service.

“They start out wanting their resume reviewed but then it turns into coaching and how to leverage past experiences to demonstrate their preparedness for the position they are applying for,” said Skjervem.

The coaching reflects insight gained from research with recruiters from various health systems about what they look for in resumes of newly-graduated prelicensure students. “They gave us really helpful information, like the importance of clinical and practicum experience,” said Skjervem.

For Brooks, the support she received from the school helped her navigate the challenges of her first year as a nurse. Although the 11-month mentorship program with Izumi ended, they continue to stay in touch. And when Brooks was asked if she was willing to mentor a new nurse, she didn’t hesitate to help. “I know I’m going to get back what I put into it,” said Brooks. “It works really well.”

New appointments to the School of Nursing 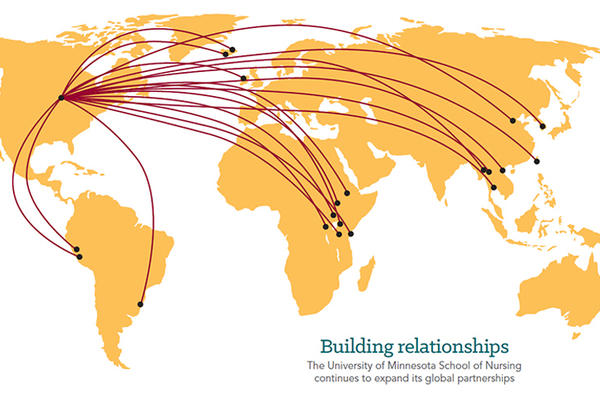 News from the Center for aging science and care innovation