Although the All-School Reunion celebration was cancelled due to the COVID-19 pandemic, the School of Nursing Alumni Society still named the recipients of its annual awards — Rising Star, Distinguished Alumni Humanitarian and Excellence in Innovation. 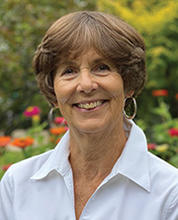 Throughout her career, Rossi has demonstrated excellent innovation in practice, education and service spanning several decades and settings. Rossi began her practice as a nurse-midwife at Hennepin County Medical Center (HCMC) where she established childbirth education classes and was responsible for developing and implementing a teen clinic. In 1980, she began teaching as faculty at the School of Nursing and later partnered with pediatrician Amos Dienard to establish midwifery clinical practice at the Community University Health Care Center. Eventually, Rossi was named director of the nurse-midwifery program, and she authored the grant proposal to the Health Resources and Services Administration to launch a women’s health nurse practitioner program and the U of M, which was launched in 1996 and continues successfully today. 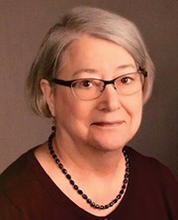 Strohschein has had a distinguished career in the field of public health nursing. In her time working at the Minnesota Department of Health, Strohschein co-authored the manual Public Health Interventions: Applications for Public Health Nursing Practice, also known as the Intervention Wheel. The first edition of the manual, published in 2001, incorporated best evidence for public health nursing interventions and has since been updated after extensive research of new evidence. Since its first publication in 2001, this manual has been adopted nationally and internationally across cultures and countries. The Intervention Wheel has been recognized for significant contribution to nursing by Sigma Theta Tau International & National Pinnacle Awards for Research Dissemination, the Creative Achievement Award from the American Public Health Association, and most recently by the Minnesota Department of Health with the 2019 Jim Parker Leadership Award. 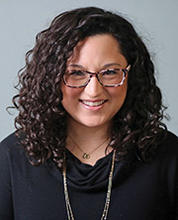 Gingerich, a clinical assistant professor at the School of Nursing, is a graduate of the Doctor of Nursing Practice (DNP) program with a specialty in health innovation and leadership. Her DNP focus on partnership approaches in health care is exemplified through her DNP project on the implementation of a nursing Professional Practice Model, which helps guide nursing practice for an organization. During her time in graduate school, Gingerich used her study abroad experiences in Cuba to develop a student curriculum for nursing students to learn about international health care systems.
In her previous role as a professional practice nurse leader for Fairview Health Services, Gingerich worked on multiple projects directed at forming system level standardization of peri-anesthesia nursing practice in a large health care system and led interdisciplinary initiatives for improved patient care.

Delaney, Monsen inducted into the Nurse Researcher Hall of Fame

Delaney and Monsen were inducted into the Sigma Theta Tau International Nurse Researcher Hall of Fame.