Less than a year into his Doctor of Nursing Practice (DNP) program at the School of Nursing, Lex Hokanson happened upon an opportunity to augment his education on a daily basis.

An intranet post at Mayo Clinic—where Hokanson was working as a registered nurse while beginning his DNP specialization in nursing informatics—alerted him to the organization’s impending plans to change electronic health record providers. And Hokanson, who had consulted with informatics staff members at Mayo before pursuing a degree in the field, immediately sent an email asking to get involved.

“I was able to start working in informatics during my first year of school, which was a little bit scary because I didn’t have all the training to start working in there,” says Hokanson, who took advantage of the DNP in nursing informatics program’s predominantly online format while working in Rochester, Minnesota. “But it was invaluable to be able to take what I was doing at work and apply it to school assignments, and vice versa.”

Five years later, Hokanson, DNP ’18, is an informatics nurse specialist at Mayo Clinic, where he leads a team, meets with clinicians to discuss their needs from the electronic health record system, triages change requests, and connects with information technology staff to execute those alterations.

“One of the things I love about informatics is that it’s not the same thing every day,” he says.

The path to informatics

When Hokanson graduated from Brigham Young University with a bachelor’s degree in nursing science in 2011, he gave himself two years to figure out a specific path within the field.
“I knew I wanted to do an advanced degree,” says Hokanson, who was mulling both informatics and family nursing practice when he joined Mayo.

He had long possessed a knack for technology—he built his own computer in high school—and a preceptor for one of his undergraduate clinical courses had nudged him to look into informatics. Shadowing and interviewing informatics staff members at Mayo reinforced his interest.

Hokanson says the DNP in nursing informatics program’s emphasis on practicum hours, with roughly 1,000 over three years, attracted him to the School of Nursing. Another draw was the opportunity to connect with faculty members from a specialty ranked second in the country by U.S. News and World Report.

“The professors at the University of Minnesota are national leaders in informatics, so why not work with them?” he says.

The program’s online program allowed Hokanson to gain experience through practicum projects with partners such as M Health Fairview and the Minnesota Department of Health—all from his home in Rochester.

Hokanson also relished the chance to learn in person with his fellow informatics students each semester during “deep weeks,” when they all visited campus for four days of core courses, meetings with advisers, and programming tailored specifically to their chosen field.

“We always did hands-on projects that were kind of outside the coursework but were related to what we’d be doing in the real world,” he says. “They had people in the industry come talk to us, and I just got to be together with my peers and kind of nerd out doing informatics.”

We get to look at what the workflow is, what the tools they’re using are, what the gaps are, and then what are the possibilities?

While Hokanson says he misses interacting with patients and their families on a daily basis—the nurses who cared for his late mother during her treatment for breast cancer planted the seed for his career in the field—he now views the frontline staff and clinicians as his patients.

“I enjoy puzzles and challenges,” he says. “We get staff coming to us saying, ‘We want to try this new service, we want to try this new intervention. How do we make that work?’ And so we get to look at what the workflow is, what the tools they’re using are, what the gaps are, and then what are the possibilities? What can we do to bridge that gap to make things work how they need to or to let them try the new intervention or service?”

Learn More about obtaining a Doctor of Nursing Practice degree

Connect with the School of Nursing

Fill out our short form to receive additional information 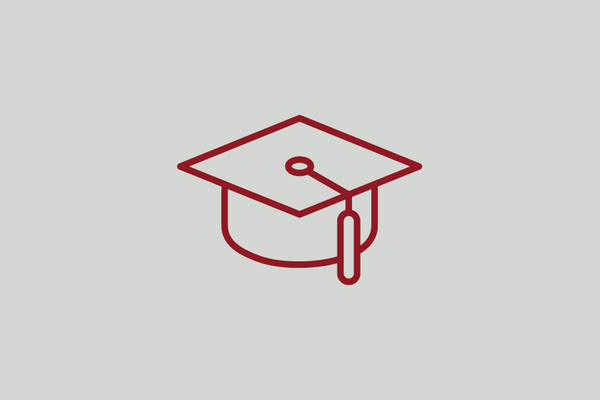 A collaboration with Presbyterian Homes and Services is showing students the significance of therapeutic communication and relationship building for effective nursing care.