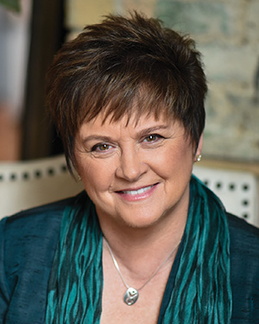 Connie White Delaney serves as Professor & Dean, School of Nursing, University of Minnesota, and is the Knowledge Generation Lead for the National Center for Interprofessional Practice and Education. She served as Associate Director of the Clinical Translational Science Institute –Biomedical Informatics, and Acting Director of the Institute for Health Informatics (IHI) in the Academic Health Center from 2010-2015. She serves as an adjunct professor in the Faculty of Medicine and Faculty of Nursing at the University of Iceland, where she received the Doctor Scientiae Curationis Honoris Causa (Honorary Doctor of Philosophy in Nursing) in 2011. Delaney is the first Fellow in the College of Medical Informatics to serve as a Dean of Nursing. Delaney was an inaugural appointee to the USA Health Information Technology Policy Committee, Office of the National Coordinator, and Office of the Secretary for the U.S. Department of Health and Human Services (HHS). She is an active researcher in data and information technology standards for nursing, health care, & interprofessional practice and education; big data science; and integrative informatics. She serves on numerous health, business/industry and policy boards/advisory committees. Delaney currently serves as president of FNINR and Vice-Chair of CGFNS, Inc. She holds a BSN with majors in nursing and mathematics, MA in Nursing, PhD in Educational Administration and Computer Applications, postdoctoral study in nursing & medical informatics, and graduate study in integrative health & healing. She is recognized as a leader and visionary with unique organizational ability to re-create/co-create integrative communities, partnerships, programs, systems and collectives that produce sustainable relationship empowered impact, wholeness, conscious wellbeing, planetary health, and responsible stewardship. She is committed to transforming challenges into opportunities that advance discovery that transforms health, health systems, education, and integrative Informatics. She cultivates leadership transcendence in academia, health care, and informatics.

American Association of College of Nursing