Advancing the health of older adults in Taiwan

Kuei-Min Chen, PhD ’00, MS ‘96, an established gerontological health expert working to advance the health and well-being of older adults in Taiwan and around the world, received the Distinguished Leadership Award for Internationals, awarded by the University of Minnesota Global Programs and Strategy Alliance (GPS Alliance) and the University of Minnesota Alumni Association.

The award is conferred on international alumni who have attained unusual distinction as professionals in their careers and have demonstrated sustained outstanding achievement and leadership.

In her 30 years as a gerontological clinical nurse specialist, Chen has made significant contributions that benefit aging populations. Recently named vice president for global affairs at Kaohsiung Medical University, she also holds a number of high-ranking positions at the Ministry of Science and Technology and Kaohsiung City Government. She has had more than 76 articles published in journals, established the first master’s program in long-term care and aging at Kaohsiung Medical University and was inducted as a fellow into the American Academy of Nursing in 2017.

Chen’s dissertation focused on the use of tai chi with community dwelling elders. She has expanded on this research throughout her career, concentrating on the efficacy of other complementary therapies with elders in a variety of settings.

We asked her about her maroon and gold spirit, what drew her to nursing research and how aging differs in Taiwan compared to the United States.

What were some of your favorite memories of being a Golden Gopher?

As an international student, my professor and mentor Mariah Snyder knew that I was from another culture and that we didn’t have football or hockey. So she took me to those games and I learned about hockey, football, and, especially, the Gopher spirit. I always remember I’m one of the Gophers. Since I graduated in 2000, I haven’t had the chance to come back. My husband is a Gopher, too, so we reminisced since we’re back on campus. We walked across the campus and everything just came back, all those days. We still remember going to Village Wok for lunch, especially the sweet and sour chicken.

What drew you to nursing? Particularly, nursing research?

I was 16 when I started my nursing junior college program in Taiwan. At that time, I didn’t like business or mechanics, so I thought maybe nursing was suitable for me. It wasn’t until the second year, when I went through the crowning ceremony to get my nurses hat, that’s the moment I really got touched and influenced by Nightingale. That’s when I decided nursing was for me and I haven’t had any regret. Nursing is a great profession because you can take care of yourself, take care of your family, and then, you can take care of other people. Now that I’m in the academic area, I’m not only teaching, but also doing research. I can provide the community services and also collaborate with the government. I have many, many things I can do, just based on my nursing foundation.

Have you noticed any difference in healthy aging in the United States versus Taiwan?

I think culture does make a difference in terms of healthy aging. In terms of food, there is a big difference. I think people in western culture consume more calories. In Taiwan it is more common to eat vegetables, fiber. In terms of exercise, I think in the United States older adults are more active and outgoing. Eastern culture, especially for older adults, is more conservative. So that’s something we really have to find a way to motivate them to exercise.

Have you had any professional setbacks? How did you overcome them?

That’s very important, how I overcame obstacles. After I graduated, I immediately got a grant from the government. While that was encouraging, after a year, my research findings were not what I expected. When I did a tai chi study with older adults in long-term care facilities, I expected that it would have effect on them. But after the study, the result was not significant and I was puzzled. At that time, I felt a non-significant result was equal to failing. I perceived that very wrongly, and now I know that.

While I’ve been successful with grant applications, I’ve had a harder time getting published. For one very special paper, six journals rejected my paper, until the seventh one, which has a very high ranking. That paper ended up being the main paper for me to be promoted as a full professor. Now I use this story for my graduate students to encourage them to keep trying.

You’re back in Minnesota to be honored for the GPS Alliance Distinguished Alumni Award. What does it mean to you to be recognized as a leader in the field of nursing?

School of Nursing Foundation Board of Trustees 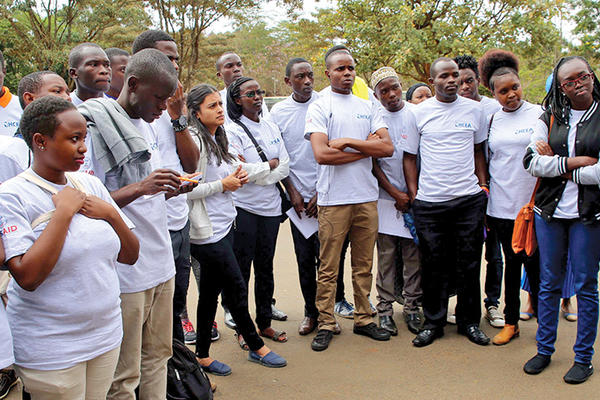 Answering the call to action

As evidence points to climate change’s impact on health, the school steps up its planetary health efforts