The calls for reform started coming in as soon as the Star Tribune began publishing its nine-part series exploring how Minnesota’s criminal justice system was failing sexual assault victims.

The newspaper series, Denied Justice, showed that of the 1,000 sexual assault cases reviewed throughout the state, only about a quarter of the cases were forwarded to prosecutors for possible charges. Ultimately, 12 percent of cases led to a sexual assault charge and only 7 percent of the reports resulted in a conviction.

On the heels of its publication, Minnesota Attorney General Lori Swanson announced the formation of a sexual assault investigation work group, calling on it to make recommendations to the Legislature for action to address the shortcomings in state laws and policies.

“Sexual assault is a horrendous crime, and the survivors deserve justice and compassion. The goal is for this work group to develop legislative and policy recommendations for improvements to the criminal justice system’s response to these crimes,” said Swanson.

With both clinical and research expertise in forensic nursing, Professor Carolyn Porta, PhD, RN, SANE-A, FAAN, was one of 10 experts named to the work group, which included leaders in the fields of victim advocacy, health care, law and law enforcement.

“I’ve cared for victims of sexual assault for 22 years as a sexual assault nurse examiner, and I have worked closely with advocates and officers to support the victim in every aspect – physically, emotionally, socially and legally,” said Porta, who currently serves as associate editor for the Journal of Forensic Nursing. “The process of care and response has evolved in the last two decades and we know it can continue to improve.”

Porta’s early research focused on sexual health resources among college students. She was the qualitative lead investigator on a federally-funded, mixed-methods study examining how college students on five campuses across the state accessed sexual health resources. “We didn’t explicitly ask about sexual violence but it came up frequently,” said Porta, who then wrote papers examining sexual violence.

Insights gained from that research led Porta to write a Health Resources and Services Administration (HRSA) grant proposal with Katherine Lust, PhD, MPH, Boynton Health director of research, and colleagues, to examine sexual assaults and the experiences of sexual violence among college students using Boynton College Student Health Survey data. “What made our proposal unique is that we proposed looking at self-reported perpetration among college students still attending the university, whereas much research with perpetrators has only involved those who had been arrested or put into the criminal justice system,” said Porta. The research showed that self-reported perpetrators of sexual violence are more likely to be men, have been victim themselves and are more likely to have smoked marijuana in the past year.

At the same time, there was momentum on campus to more effectively address sexual violence. Porta was consulted in the development of the public health awareness campaign as part of the University of Minnesota President’s Initiative to Prevent Sexual Misconduct and then invited to serve as a co-chair of the initiative’s research sub-committee. This sub-committee is strategically leveraging existing University data sources to better understand the problems, generate solutions and seek further funding to implement aggressive comprehensive interventions that shift the campus environment in terms of sexual misconduct and assaults.

“I am really passionate about trying to find an effective intervention strategy that works with college students,” said Porta. “What we found, and what I think was really important for the broader university to recognize, was that the majority of students want to avoid problems and be safe.”

Back at the Capitol in St. Paul, the work group developed specific legislative and policy recommendations to improve the criminal justice system’s response to sexual assaults. The group called for police departments to adopt policies on sexual assault investigations, improve training and collect more robust data, and it called on the Legislature to create a statewide council focused on sex crimes, among other recommendations.

“In general, the officers that I work with are amazing and I think that’s true across the state. I think people want to do right by victims,” said Porta. “I was happy with the recommendations given the constraints and given what can or should be legislated.” 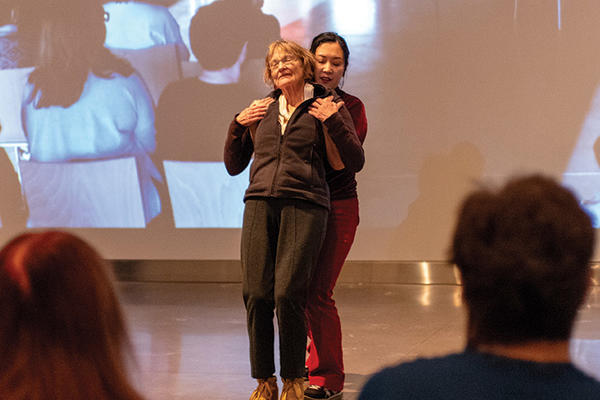 Exploring the intersection of dance, caregiving

(March 2019) News from the Center for Aging Science and Care Innovation.

(March 2019) Recent publications from the School of Nursing. 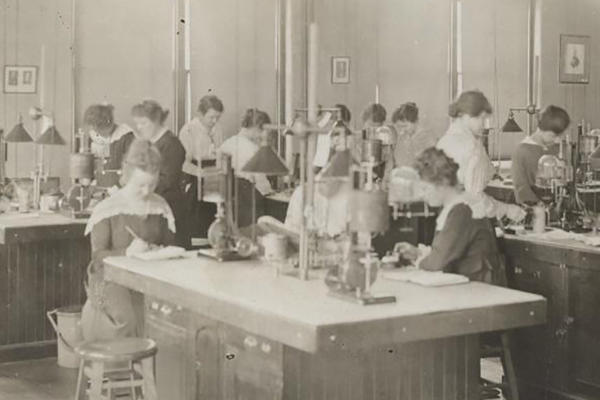