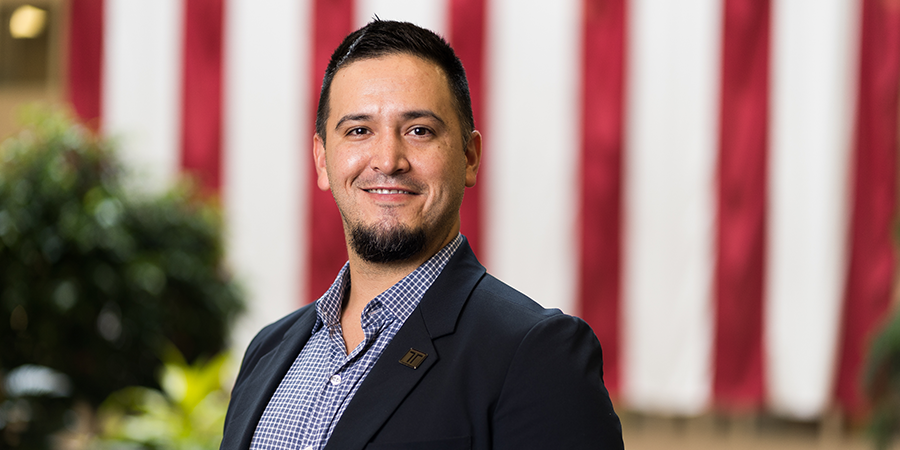 Kirk Butler has seen the indelible scars of military combat up close. As a nurse and officer in the United States Army, Butler oversaw post-deployment reassessment of more than 4,000 soldiers at Joint Base Lewis-McChord near Tacoma, Washington. 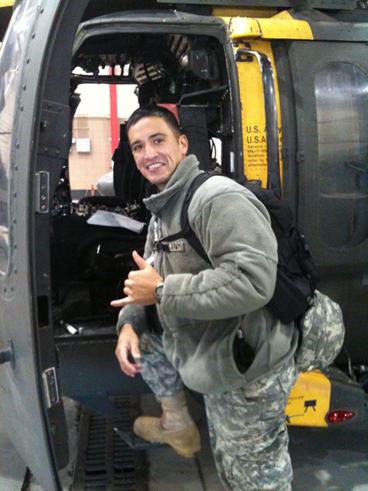 Now, a few years later, Butler is pursuing his vision for addressing the challenges facing returning veterans through the School of Nursing’s Nurse Anesthesia Doctor of Nursing Practice program. As a certified registered nurse anesthetist, he plans to temper chronic pain that contributes to the higher prevalence of substance abuse disorders and mental health conditions among veterans.

And his ambitions got a major boost in June, when the Pat Tillman Foundation selected him as a Tillman Scholar—one of two from the School of Nursing. The scholarship program supports current and former service members and spouses who demonstrate leadership potential with financial assistance, professional development, and networking avenues.

The California-born-but-Missouri-raised Army veteran plans to use those resources to go beyond bedside care and influence healthcare policy on a broader scale. In July, he traveled to the Pat Tillman Leadership Summit in Chicago, where he connected with other Tillman Scholars from around the country.

“These leaders are coming from all different sectors, especially health policy, and they come from varied backgrounds,” he says.

Butler grew up in a military family and, like so many others, felt a pull to military service after 9/11. He joined ROTC as a student at the University of Missouri, where he also discovered his interest in nursing while working as a nurse’s aide at a rehabilitation clinic.

After resigning from active service in 2017, Butler decided to combine his nursing school search with an adventurous road trip: riding his motorcycle through the lower 48 states over the course of four-and-a-half months. He mixed in interviews at schools along the way, with a key assist from his parents, who mailed him his suit as needed. 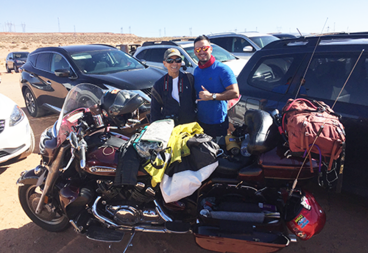 Butler is pleased his odyssey led him to the University of Minnesota, where he’s leaned on support from the University Veterans Service office while gaining the education and experience to move into the next phase of his career. Through the Nurse Anesthesia DNP Program—one of 12 specialty areas within the post-baccalaureate DNP program—he’ll rack up roughly 3,000 hours of clinical work by graduation.

For his clinical experience, Butler has worked in the Minneapolis Veterans Affairs Health Care System as part of a U.S. Department of Veterans Affairs scholarship program. It’s a setting that allows him to further his nursing skills while drawing on his military background.

“When I'm at the VA, I'm able to talk like, ‘Oh, what unit are you from? And where'd you come from? And what engagements have you served in?’” he says. “It's easy to have that conversation, that almost immediate camaraderie.” 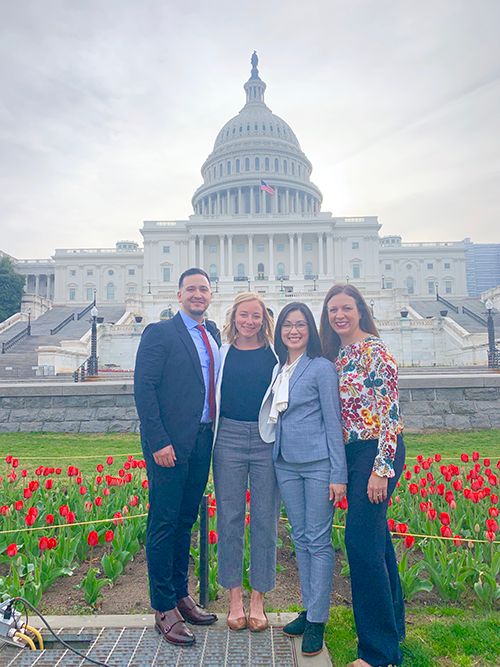 A trip to Washington, D.C., for the American Association of Nurse Anesthestetists (AANA) Mid-Year Assembly kindled Butler’s interest in shaping healthcare policy. He calls the experience, which included meetings with U.S. Sen. Tina Smith and Rep. Tom Emmer, one of the highlights of his time at the School of Nursing.

“It was enlightening to see how health policy changes and disseminates through the network and the infrastructure to make lasting changes for everyone on the front lines,” says Butler, who’s interested in examining issues such as unnecessary opioid prescriptions after surgeries. “That's immensely powerful.”