Michael W. Rohovsky, PhD, DVM, David A. Rothenberger, MD, and Dee Thibodeau were recognized with the School of Nursing’s Richard Olding Beard Award during a ceremony on Sept. 15.

Rohovsky is the former worldwide vice president of Research & Development for Johnson & Johnson, Orthopedics and Neurosurgery. A veterinarian by training, Rohovsky began his career as an assistant professor of veterinary pathology at The Ohio State University before becoming head of pathology at Merrell National Labs and later director of pathology for Arthur D. Little. Recognizing the interconnectivity of animal, human and planetary heath, Rohovsky has been a strong advocate for the expansion of interdisciplinary research and has helped the School of Nursing discover unique synergies in research and adopt more sustainable business practices.

Rothenberger is a physician leader, internationally recognized surgeon, mentor, researcher and former chairman of the Department of Surgery at the University of Minnesota. A lecture series bearing his name at the University is integrated with the curriculum of the Medical School’s Emerging Physician Leaders Program and aims to build on its traditions of health care, leadership and innovation. Rothenberger has been a leader in shedding light on the burnout issues facing health care professionals and a champion of collaboration, mutual respect and the development of interprofessional health care teams to better care for patients. Throughout his career he has been a strong advocate for and valued partner of the nursing profession.

Thibodeau is a senior executive in the information technology industry, a dynamic leader of companies, an experienced board member and an accomplished investor in emerging companies. A natural connector, Thibodeau joined veteran women executives and angel investors to launch the Sofia Fund, which invests in women-led technology and health businesses. She has served on the board of directors of more than a dozen companies and organizations, including M Physicians and M Health Fairview. She has also chaired the Women’s Health Leadership Trust and served as board member for the Minnesota Visiting Nurses Association. Thibodeau has used her health care and technology experience to advance nursing and create an impact and vision in the health of the community. 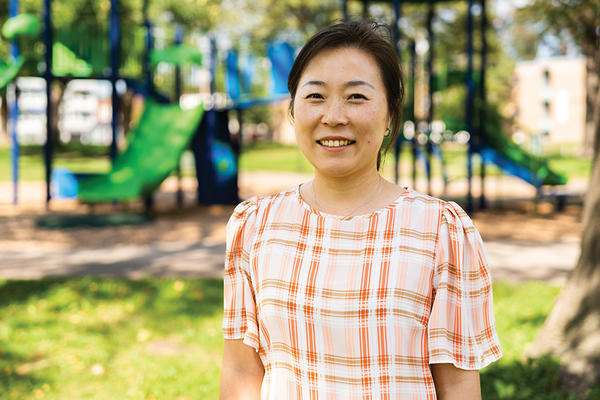 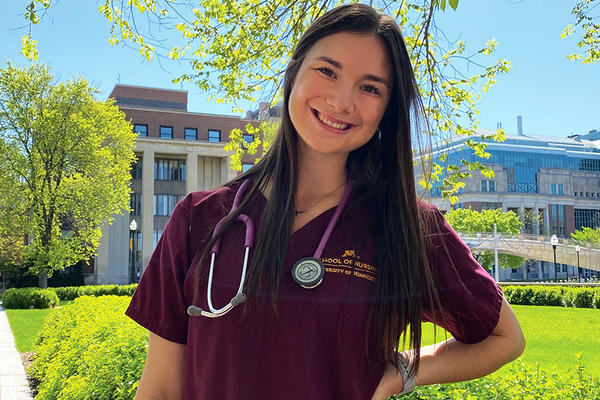 Senior Brooklynn Isley says nursing is the right path for her