Ryan Marczynski returns to the Navy as an officer, with his BSN and a bevy of practical experience 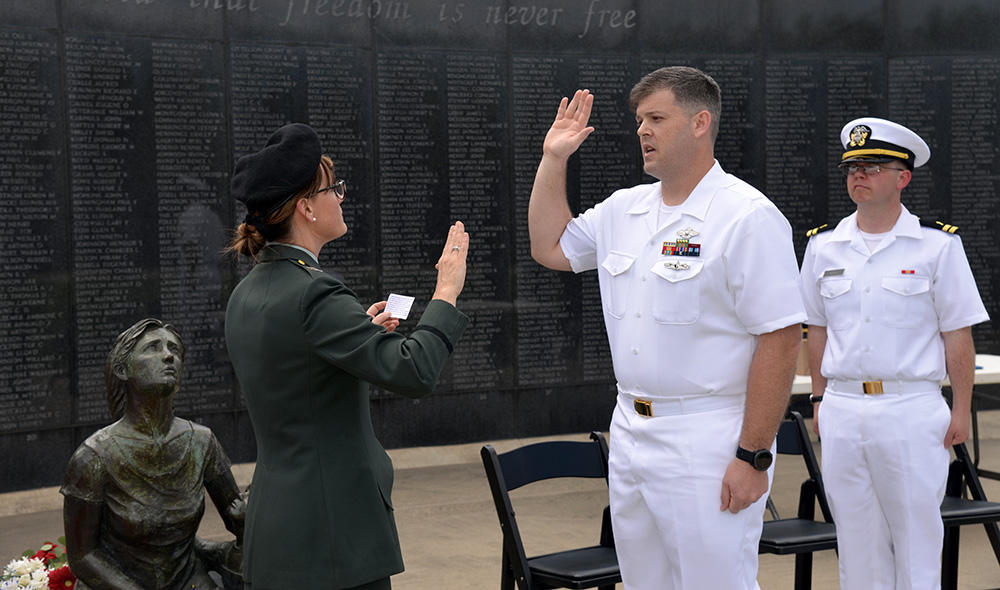 BSN grad Ryan Marczynski asked Clinical Associate Professor Samantha Sommerness to be his officiating officer at his commissioning ceremony and issue him the oath of office.

When Ryan Marczynski, BSN ’22, started nursing school in 2019, it didn’t take him long to notice a fairly stark difference in the way he approached deadlines compared to some of his classmates.

Whereas Marczynski steadily worked on projects and prepared for exams with the sort of strict discipline you’d expect from an experienced U.S. Navy corpsman, others displayed the kinds of procrastinating study habits for which college students are well known.

After all, Marczynski had to remind himself, these students were just a handful of years older than his 15-year-old daughter. “Through two deployments, I had to lead 56 corpsmen on each deployment. And so just learning how to work with other people who have different backgrounds, have different experiences, that definitely helped me,” says the San Diego native.

Three years later, Marczynski has his degree from the University of Minnesota School of Nursing and is preparing for his next challenge: as a commissioned officer with the rank of ensign, working at the U.S. Naval Hospital Okinawa in Japan, the Navy’s largest overseas hospital.

He’ll carry valuable experience with him, having completed his clinical rotations at Mayo Clinic during his final two years at the School of Nursing’s Rochester, Minnesota, campus. While in the operating room, Marczynski saw how Mayo teams integrated the latest evidence-based research into their work on a daily basis.

“All the nurses at Mayo went out of their way to help you to learn and to experience more than maybe if you were at a different hospital,” he says. “Just their dedication to being the best they can is amazing to see. And every nurse who I worked with, I had that same experience with. They wanted to be the best that they could for the patients. It was just amazing to see how much these nurses cared.”

Marczynski completed his clinical capstone project in the emergency room at Mayo, a setting he’s keen to return to down the road. He’s gained plenty of experience in intense environments since serving as an EMT for several years after high school. At 21, he enlisted in the Navy as a hospital corpsman, meeting his wife, Wakana, during his first tour of duty in Okinawa.

But he wanted to further elevate his career, so he applied for the Navy’s Medical Enlisted Commissioning Program, allowing him to pursue his BSN degree and become a commissioned officer in the Navy Nurse Corps.

As the son of two Michigan State University graduates, Marczynski had his heart set on attending a Big Ten Conference school and was thrilled to get accepted into the University of Minnesota School of Nursing program located in Rochester.

“All the nurses at Mayo went out of their way to help you to learn and to experience more than maybe if you were at a different hospital. Just their dedication to being the best they can is amazing to see.”

His three kids were excited to see snow after living in the warm climates of Okinawa, San Diego and Virginia Beach. In Minnesota his family found they loved making snowmen and building snow castles, and Marczynski discovered a newfound respect for another branch of the service. One of the first things he recalls from a course about caring for families was Clinical Associate Professor Samantha Sommerness, DNP, APRN, CNM, mentioning her prior service as a nurse in the Army.

“There’s always the joke about the Army and Navy going back and forth, but she was great,” says Marczynski. “You could tell that she really cared for what she was teaching and making sure that people weren’t just memorizing and forgetting after the test, but really taking it to heart.

When it came time for me to get an officer who I wanted to be my officiating officer at the commissioning ceremony and issue me the oath of office, I couldn’t think of anybody but her. I feel so lucky to be able to have her as my commissioning officer and have her being part of this whole experience.”

Now a commissioned officer, Marczynski is excited for his career to come full circle and return to Okinawa. He’ll begin working in a multiservice ward, though he’s already planning to pursue his flight nurse certification.

Although he’ll be deployed nearly 7,000 miles away, Marczynski expects to remain closely connected to Rochester. His eldest daughter began her journey to a nursing degree on the Rochester campus this fall. Despite the family being so far away, Marczynski knows she’ll be in good hands.

“Our cohort became like a small family,” he says. “My classmates have already said that if she ever needs anything, just to let them know and they’ll be more than happy to help out.” 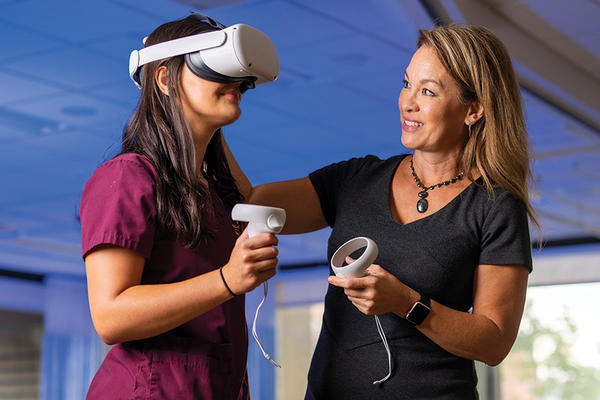 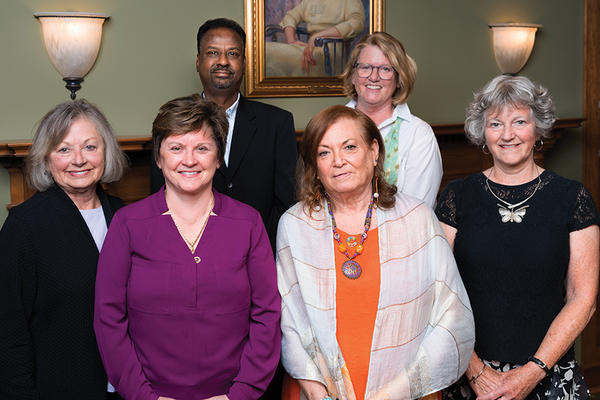 Collaborations key to moving toward health equity and improved health 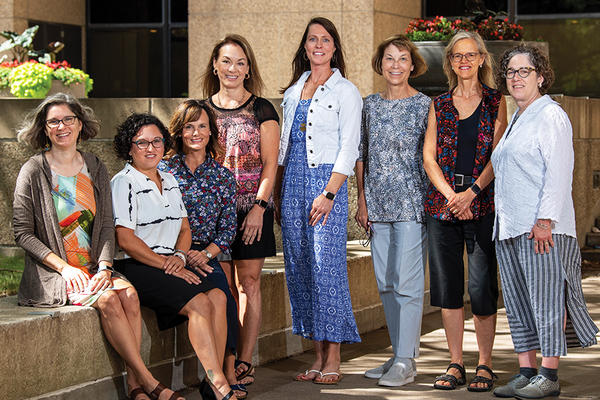